I have this ritual when I go to bed. I power up my tablet and start the Youtube app to see what new videos were uploaded that day. And I watch them until I’m tired enough and shut everything off to go to sleep.

I know, all right? I know it’s not recommended to gaze at electronic devices before going to bed, would it be a television, a phone, or a computer. Something to do with the blue hue of the lighting and I don’t know what else. I honestly don’t care.

Sometimes I’ll read too, short stories and what not, but it’s still going to be on the tablet. I could try to read real books instead, except I really can’t stomach books right now (as I explained in my I Can’t Read blogpost)

Although I’ve been watching videos for a while now, it took me quite some time to start following channels. Some are more active than others, and those are what I’ll be talking about. I follow a lot of channels (well, I find 84 to be a lot, even if it may seem flimsy for some), but I certainly don’t watch 84 videos every evening. I’d never sleep again.

And I’ll be talking about the channels for which I watch pretty much everything they publish. Not to say the others aren’t interesting, it’s just that I don’t feel like having to explain why I don’t see everything they do… Frankly, it’s mostly just that the subjects don’t always interest me (as not every subject I choose will be interesting you.) 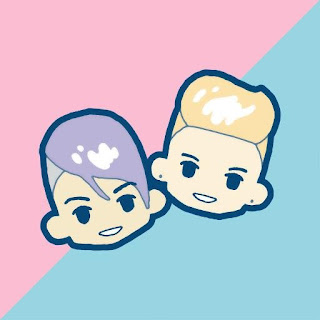 You may remember me talking about them in my last blogpost about Heart-Wrenching Songs. Mitch Grassi and Scott Hoying are members of the acapella group Pentatonix. They’re also roommates and like to entertain us on their own channel. Sometimes they’ll sing, sometimes they’ll just do silly stuff. I find those two guys really likeable, and have a clear preference for Mitch (the one who’s been sporting a shaved head these days… real happy to see he seems to be letting it grow again if the different hats he wears in the latest videos are anything to go by). Scott, the blond one, is real nice too, but I don’t know… I just find Mitch infinitely adorable.

They don’t post new videos as often as the other channels I’ll be talking about (especially if they’re on tour), but they’re still one of my favorite channels. Another great video they posted not long ago is their parody of the Netflix series Stranger Things, Stranger Things in 3 Minutes. If you haven’t seen the series yet, you might want to wait before watching Superfruit’s video. This being said, I’d urge you to binge on that marvelous Neflix gem right this minute, then go back to the parody. You won’t regret it. 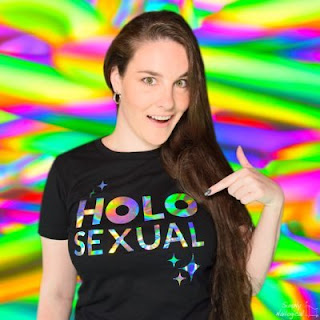 I don’t follow any beauty guru, makeup tutorials, fashion blogs… not really, anyway. Quite frankly, I don’t have the cash to buy any of the products they review, nor do I have the patience to spend hours working on my face when I have nowhere to go but walk my dog or do groceries. Except this girl here, Cristine, I find her highly entertaining (and I just learned she’s a bilingual Canadian, just like me… that just makes her even more perfect, if you wanna know what I really think. Plus, she too has an obsession about leaving the “H” out of her name… I understand her on so many levels!)

This being said, I LOVE nails… which is a bummer because mine are just the worst. For some years now, I’ve had to deal with super flaky and tender nails. Not sure if it’s some type of deficiency (iron?) or the meds I’m taking, I just can’t have long nails anymore and nail polish will just disappear along with layers of nails. (Sorry, it’s disgusting, I know… but I had to share my reality. And my reality sucks!!!)

I’m not sure exactly when I stumbled upon the Simply Nailogical channel, but I know it was already pretty popular. Mostly because of that Polish Mountain video which is what prompted all those “100 layers of stuff” challenges you’ve been seeing everywhere. I came on board much later than that. I kept getting suggestions for her videos on my homepage, and as I said before, I’m not a beauty tutorial kind of girl. Still, this other Clear Polish Mountain video intrigued me enough to watch. Then I watched some more, and I was hooked. I love Cristine’s dry sense of humour, her delicate (or not) madness. Some of her earlier followers haven’t been so happy with her doing other stuff than nail art (and they’ve let her know), but I myself haven’t minded one bit. Still, she made a second channel called Simply Not Logical for all those other crazy ideas she might have. 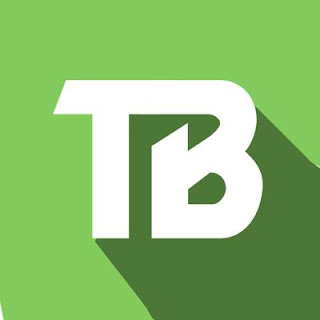 Reaction channels… some people don’t really see the point of them, like unboxing channels, but I myself kind of like the reaction ones. Torchwood Boy is the only “TV Show Reaction” channel I follow, mainly because I just like the kid. (I don’t know how old he is, but I’m over 40 so I give myself the right to call him a kid… he’s just that cute, you know?)

I’ll be honest though, I don’t watch all of his videos. I only watch his reactions to whatever I have seen myself. He does a lot of anime, which I don’t watch at all. I’ll be even more honest, I originally came for his reactions to Supernatural and then stayed. Overtime, I’ve appreciated watching him react to other shows like, Stranger Things (this again, I know), Sense 8, The Walking Dead, The X-Files (only S10 though)… things I’d already seen! I find him really fun to watch and the old aunt in me just wants to go and pinch his cheeks. Not that he has big cheeks, I just… yeah, I might wanna shut up now. 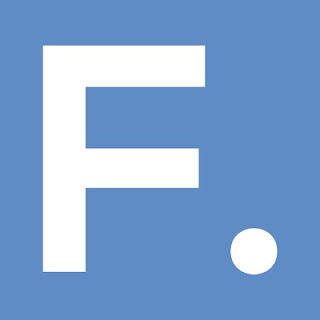 Another reaction channel, but this one is more like a “professional” reaction channel, in the likes of Buzzfeed or The Fine Bros React. And although they sometimes react to TV shows (as a whole, not by episode), they also do all sorts of tests, like pole dancing classes or weird sodas. You get the gist, right?

But, Kat… what’s different about this particular channel?

To me, it all comes down to them being Irish. That may be a weird reason for you, but I’m okay with that. I really got attached to the “reactors”, you know? Also, I’m getting more and more used to that Irish accent (it’s an accent for me anyway). It just may come in handy if I ever have the means to cross the ocean and visit my ancestor’s birthplace. I know, I also have some French in me, but I already went there, so Ireland’s gotta be next.

Overall, it’s not as different as the others, I won’t lie to you. But I do find myself liking these people a little more. And although some videos fell flat for me lately, I’m sticking with them ’cause I just really like them a whole lot.

I have a confession to make… I almost put that channel first, but I’ve seen the hate they get and I didn’t want that to make you not wanna read my post. I’m sneaky that way.

Look, I don’t have a TV, I get my news wherever I can and, well, I often agree with TYT’s views. Not all the time, but often enough to just scan what they’ve been talking about and watch the videos I find interesting. (Not telling you what I watch or don’t watch… I’m not in the mood for debating about anything today! lol)  I didn’t subscribe to all of the TYT Network’s channels either because, well, there are some of the “newscasters” I really don’t like. Not saying who, I try to be a positive blog!

As far as news go, I also like to watch Philip DeFranco. I read one of Montreal’s newspaper everyday. I just try to keep myself informed, you know? I’m sure there are more news channels out there, I just haven’t stumbled upon them or I decided they weren’t for me and forgot about them.

As I said at first, I follow a lot more than these five channels. I wish I could have done a little highlight for all my favorites, but that’s just not possible. Instead, I’ll give you a list of channels you might wanna visit, if you don’t know them already that is. I’m not even going to name all the most popular ones I follow because… well… doesn’t mean they’re my favorites! 😉

I hope I’m not scaring you with all that stuff. I promise, they don’t all have something new to watch every single day. I swear, I’d be going crazy if that was the case. I also sometimes choose to not watch what comes up because I’m not into whatever they chose to talk about.

It’s just a whole lotta fun, if you ask me. What about you? What are those inescapable channels you like to watch? Do you know and like any of those I shared with you?

*falls to her knees* Please, tell me about it!

See you soon, I wish you the most marvelous of Tuesday (or whatever day it is when you’re reading this).